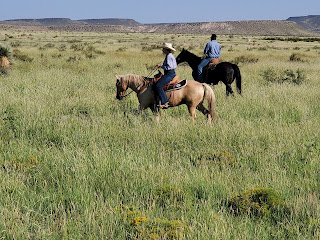 Grace, hold us in your arms and let this moment linger.

Pepe sent me a text the morning this article was written. It included a video of a cow and her calf crossing a grassy bottom. The scene was shot from horseback with one of the cell phones we are all now carry.

Implicit in it was the reminder, at least in this little corner of the world, there was joy and relief for the moment.

The backdrop to the video was the cow work that has been going on for most of the week. In our normal rotation, it was time to move pastures with the equally if not greater need to brand and bring everything current. We started Labor Day with the small crew that is becoming a working pleasure.

Like so much of America, our ability to find labor is increasingly difficult. Cowboys are becoming fewer and farther between each year. People don’t want to work is more than just an idle comment. A retired veterinarian friend suggests it is the socialistic tendencies of our local governance that will never agree any minimum wage is acceptable. Our Mesillero farmer friends, the very culture that has been so supportive of democratic politics, blame it on the fellow who now occupies the White House, our Commandante ese Entrecerrar los Ojos, who seemingly adheres to a theme of permanence in dependency and welfare.

Regardless of the placement of blame, the outcome is real, and it threatens our existence.

The days began each morning at 3:30 AM when the horses were fed.

Those same cell phones provided enough light to fork hay (and make sure snakes weren’t part of the mix). Soft nickers were the both the greetings and the acknowledgement of the feed. Every one of those horses have become as dear as the cowboys who still make this happen.

They are part of this life.

When it was just breaking light, we were loaded and gone. The drive to the ranch witnessed a combination of day in review and stories. Cowboy lore is intertwined with stories, memories of departed comrades, and work that much of the world seemingly refuses to do much less understand. The strategy of roundup and corral work thereafter is akin to any battle plan. It is part of the process, and the drive allows ideas to be shared and reassessed.

Young and old are part of the mix.

On Monday, we gathered and got to the Howard corral in the heat of the afternoon. The drive was turned into the trap for branding and work early Tuesday morning.

Tuesday morning was an extension of the previous day with cows regathered and sorted by 8:30. Pepe roped and held all the calves. Tim castrated and ran the ground crew with he and Bryan flanking. Our 14-year-old cowgirls vaccinated, earmarked, and helped flank when big calves were encountered. Nery a calf had to be dehorned. 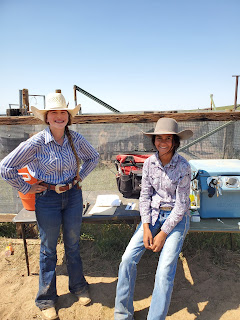 Wednesday was another day of gather as the west side of the pasture was ridden. The numbers were short of expectation causing another sleepless night.

Where are these cattle?

Thursday started as normal, and the cows were sorted and ready to process about the same time as the previous branding. The day was hot by the time we finished.

Chris came to ride with us Friday. We needed to cover the east side of the Trail pasture with its ridges and canyons with the somewhat worried expectation of where the rest of these cattle were.

They were there. The riders found them and had them in the corral by noon.

As Pepe and I came out of the canyons at the mouth of the Martin drainage with two bulls, a pair, and a springer, we saw that expected cows at the water had already been picked up and we could see them being penned two miles away at the corrals.

As we started down the slope with those remnants, we found a newborn calf lying in the grass asleep. Her mama had been with the cows driven off. Needing to pair that heifer calf we roped her and tied her to a creosote bush. What played out was retrieving the truck and hauling that baby to the corral only to find out the cowboys had turned that fresh bagged cow back just like they should have.

We went ahead and branded the remaining calves and then hauled the baby back to where we had found it. No cow was seen, and worry of that unpaired baby dominated another sleepless night. 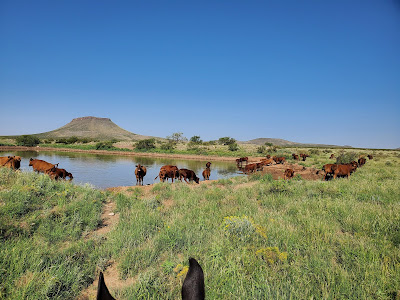 If this way of life is embraced and understood, it sings to the soul as strongly as any love song.

It becomes a way of life rather than a profession or a career. It’s a marriage of sorts. The people, the animals, the risks, the weather, and the seasonal elements all form a collage of influences that envelope you. It is a bond of ever-growing attachment as your efforts are observed across the landscape.

Is Grace the word that describes this bond?

It can be if it is compared to the lyrics of Jim McCann noted herein above. Further, you reach a point whereby you know there isn’t enough time to share this love before its time to say goodbye. So, you live each day remembering being placed here is not just an honor, but trust by Grace.

So, it was that a text dinged by midmorning on Saturday.

Pepe had been horseback looking for the baby and, hopefully, her mama. As it turned out, the cowboys had recognized the right cow and turned her back to find her baby and contribute to her own legacy and the world we share.

She had found the calf, and, for the moment …  all was well. 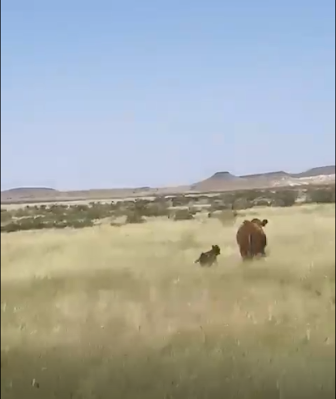