Anne Marimow has taken a deep dive on what I've called the second-most interesting court in the land. Sorry D.C. Circuit, you are fairly predictable at this point. Here is the intro:

Months before the Supreme Court overturned Roe v. Wade, the federal appeals court based in this Southern city cleared the way to ban most abortions in Texas. The same court appeared to jump the line to block the White House's signature coronavirus vaccination mandate and split from other courts to back restrictions on social media companies and constrain President Biden's immigration powers.

The U.S. Court of Appeals for the 5th Circuit in New Orleans has long leaned conservative. But the arrival of a half-dozen judges picked by President Donald Trump — many of them young, ambitious and outspoken — has put the court at the forefront of resistance to the Biden administration's assertions of legal authority and to the regulatory power of federal agencies. Their rulings have at times broken with precedent and exposed rifts among the judges, illustrating Trump's lasting legacy on the powerful set of federal courts that operate one step below the Supreme Court. Even some veteran conservatives on the court have criticized the newcomers for going too far.linK

Posted by Frank DuBois at 4:14 AM No comments:

After eight months of investigating, Supreme Court Marshal Gail Curley was unable to discover who leaked the Dobbs v. Jackson Women’s Health Organization opinion, according to a report.

The investigation included more than 100 interviews with court employees, uncovering that several employees broke confidentiality rules by telling their spouses the outcome of the case. But a forensic examination — including of court "computer devices, networks, printers and available call and text logs" — failed to uncover who gave Politico a copy of the opinion.

... "It will likely revive concerns over whether the FBI should have been asked to take the lead on the investigation.

After all, the Supreme Court is situated "only a few blocks from the world's leading forensic investigatory body," Turley noted.

"In this age of rage, this danger will only grow. Someone felt that they had license to leak. Some others may now feel that they have the impunity to do so," he predicted.

Posted by Frank DuBois at 8:18 PM No comments: 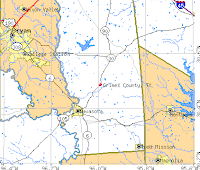 GRIMES COUNTY, Texas (KTRK) -- A woman was arrested and charged after being accused of killing several of her neighbor's cattle in Grimes County, officials said.

Shelly McCoy, 45, was arrested after an investigation led by Texas & Southwestern Cattle Raisers Association and the Grimes County Sheriff's Office.

The arrest comes after TSCRA Special Ranger Brent Mast and the county's sheriff's office were called into the area to discover numerous cattle had been shot and killed since September 2022.

Investigators interviewed McCoy, the rancher's neighbor, and considered her a person of interest.

McCoy was taken into custody on Jan. 10 by the Grimes County Sheriff's Office, where she was charged with third-degree felony charges of criminal mischief.

Posted by Frank DuBois at 3:03 PM No comments: 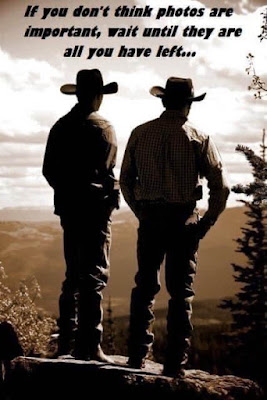 Posted by Frank DuBois at 7:54 PM No comments:

Ranch Radio Song of the Day

Posted by Frank DuBois at 2:23 PM No comments: