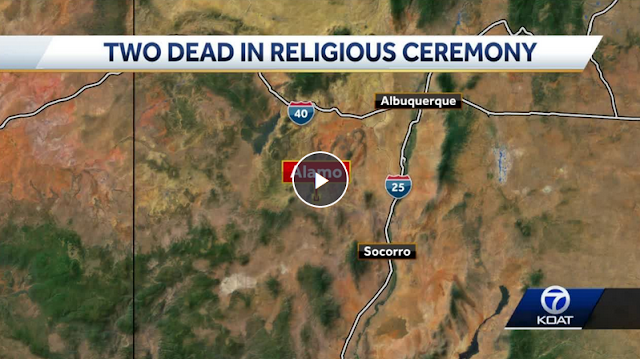 SOCORRO COUNTY, N.M. — Two people died and 14 others were injured during a traditional Navajo religious ceremony. The 14 people who were injured were suffering from smoke inhalation, said Christina Tsosie, with the Navajo Police Department. The ceremony took place in a hogan on the Alamo Navajo Reservation in Socorro County. Tsosie said the type of ceremony the people were participating in lasts all night long and involves an open fire pit burning inside a hogan, which is a traditional Navajo structure typically built out of logs and earth. She said the ceremony began Saturday night. At 6:30 a.m. Sunday, a woman reported finding a man and woman who were unresponsive on the floor inside the hogan. Alamo first responders performed CPR on the two people, but the attempts were unsuccessful. Their causes of death have not been determined. The 14 other people reported feeling sick and dizzy throughout the night. They were all treated on-site for smoke inhalation. KOAT
Posted by Frank DuBois at 3:20 PM