Bing Crosby’s palatial Nevada ranch can be yours for $7.3 million 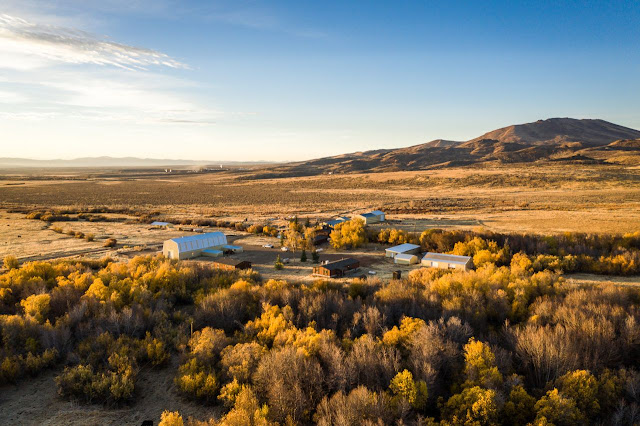 Bing Crosby might have crooned about Vermont in his 1954 classic, but he was likely dreaming of a different White Christmas — one at his old Lawson Ranch getaway in Elko, Nevada. The 2,971-acre ranch, also called Triple Creek Ranch, lies 45 miles north of the white-capped mountain town of Elko, with views of McAfee Peak, one of the 70-mile Independence Mountain range’s largest peaks at 10,438 feet tall. Now, the property is for sale, asking $7.28 million. “Dating back to 1944, the star of the big screen in television, Bing Crosby, had a love affair with Elko, Nevada when he purchased the first of seven cattle ranches,” according to the listing by broker Todd Renfrew of California Outdoor Properties in Vacaville, Calif. “The ranches were his getaway, where he could fish, fire a gun, and make friends with all his neighbors. The Lawson Ranch was one of his ranches.” Crosby was donned honorary mayor of Elko in 1948. The homestead is dotted with ponds, creeks, flowers and mountain-views, next door to Humboldt National Forest, and it features a working 600-cattle ranch, aircraft hanger and airstrip, plus three guest houses and two barns. The main five-bedroom, five-bathroom residence spans 5,000 square feet. “You can understand why he loved it because it’s surrounded by mountains and has three year-round creeks. It’s really a special property,” said Renfrew. The most recent listed owner of the property, Ken Lawson, sold the ranch in 2010 to an unknown buyer for an undisclosed amount, according to the broker. At the time it was asking $4.25 million, according to Realtor.com. Crosby sold his seven ranches after his wife Dixie died in 1952. The Oscar and Academy Award-winning Tacoma, Washington native went on to be immortalized as a singer and actor in “White Christmas," winning a Grammy Lifetime Achievement Award before he died in 1977. Yahoo
Posted by Frank DuBois at 6:29 PM