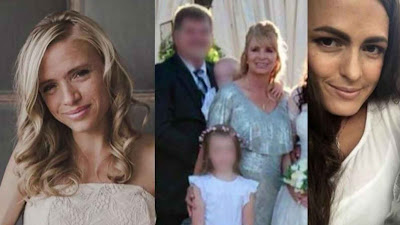 Once again it appears that the violent Mexican drug cartels have committed a horrific mass murder. Their tactics could have been taken from the playbook of ISIS or al Qaeda. Initially news reports expressed the possibility that the killers may have mistaken those killed for members of an adversary cartel. However, the facts don’t support it. Children, including infants were among those shot and burned while strapped into their car seats. The crime scene stretched for miles and more than 200 shell casings were recovered. The November 6th CBS News report, Mexico arrests armed man with possible link to ambush on U.S. family that left 9 dead included this excerpt that points to a deliberate attack on the victims:

As CBS News correspondent Mark Strassmann reports, the Sonora prosecutor's office said the person arrested was found in a vehicle with two other people who were bound and gagged. Those unidentified individuals were rescued, and four assault-style weapons, spent magazines and high-caliber ammunition, were seized. Two vehicles were seized separately, including one said to have been armored.

Of course, while all of the facts are not yet known, what cannot be ignored is that there are terror training camps in the Tri-Border Region of Brazil linked to Hezbollah, Hamas and other Middle Eastern terrorist organizations.  It has been widely reported that human trafficking organizations and drug cartels throughout Latin America have been working in close coordination with Hezbollah, an Iran-backed terrorist organization. I addressed several of these worrying connections in my article Jihad At The Border. Violence in Mexico, particularly at the hands of the drug cartels is as commonplace as sunrise and sunset and has been well-documented.  Indeed, on February 21, 2018 Forbes published a report, Mexico: Where More Americans Are Murdered Than In All Other Foreign Countries Combined that included this cautionary excerpt:

Advisories released last month by the U.S. State Department tell Americans not to set foot in five Mexican states — Sinaloa, Colima, Michoacan, Guerrero and Tamaulipas — because of violent crime. Traveling to those states is as dangerous, according to the State Department's safety ratings, as traveling to Afghanistan, Syria and Iraq. And Americans with plans to go to 11 other Mexican states should “reconsider,” the agency says. Most recent State Department data may also cause travelers to pause before booking a trip to Mexico. In 2016, according to my analysis of the data, more Americans were reported killed by homicide in Mexico than the combined total of Americans killed by homicide in every other country abroad.

...Nevertheless, on October 16, 2019 I wrote an article, The Senate Voted to End Emergency on the Border, that was predicated on a September 25, 2019 Wall Street Journal news report, Senate votes to end border emergency under which Trump redirected military funds to wall construction. I noted in my article that Hezbollah, ISIS, gangs and the drug cartels hadn’t gotten the memo but had no idea how prescient that point would become in mere days...On October 17, 2019, one day after my previous article about the Senate vote to end the border emergency was published, The Guardian reported, El Chapo: Mexican police capture then release drug boss's son after battle with cartel. On October 18, 2019 the Los Angeles Times reported, Eight killed in Mexico as cartel gunmen force authorities to release El Chapo’s son...Additionally, not all aliens who are smuggled into the United States through Mexico are from Latin America. On October 31, 2019 the Justice Department issued a press release, Human Smuggler Indicted On U.S. Charges and Arrested as Part of Brazilian Takedown of Significant Alien Smugglers that included this excerpt:

Saifullah Al-Mamun aka Saiful Al-Mamun, 32, was arrested in Brazil.  Al-Mamun is charged in a superseding indictment unsealed today in the U.S. District Court for the Southern District of Texas – Laredo Division, charging him with eight conspiracy and alien smuggling counts.  The enforcement operation included the execution of multiple search warrants and the additional arrests of seven Brazil-based human smugglers on Brazilian charges: Saifullah Al-Mamun, 32; Saiful Islam, 32; Tamoor Khalid, 31; Nazrul Islam, 41; Mohammad Ifran Chaudhary, 39; Mohammad Nizam Uddin, 28; and Md Bulbul Hossain, 36. According to the indictment, Al-Mamun is alleged to have housed the aliens in São Paulo, Brazil and arranged for their travel through a network of smugglers operating out of Brazil, Peru, Ecuador, Colombia, Panama, Costa Rica, Nicaragua, Honduras, Guatemala, and Mexico to the United States. In return for smuggling the aliens into the United States, Al-Mumun and his two co-conspirators, are alleged to have arranged to be paid in Mexico, Central America, South America, Bangladesh, and elsewhere.

Mexico stands on the precipice of becoming a failed state.  That dysfunctional and extremely violent country shares a two thousand mile border with the United States providing the drug cartels, transnational gangs, human traffickers and others who pose a threat to America and Americans with easy access...

This is a very sad story, but one that keeps coming to mind throughout my days since the news shared the story. The thing I don’t understand is that why would anybody standing by these women and children allow them to head out on a known dangerous highway in which they were ill equipped?

These are fundamentalist mormans. Women get permission from men. They were in Mexico. They know how dangerous the roads can be. None of these things make sense to me.