Farm Income is Highest in Six Years, Due to Trump’s Trade-War Bailout 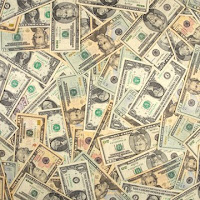 Fueled by $14.5 billion in Trump tariff payments, U.S. net farm income will climb to its highest total since the commodity boom crested in 2013 and a dramatic rebound from the plunge that accompanied its collapse, the USDA estimated. When crop insurance indemnities are added to “direct farm program payments,” a category that includes trade war aid, land stewardship payments, and traditional crop supports, the government will provide an unusually high 31% of farm income this year. “There are financial issues out there and stress,” said USDA Chief Economist Robert Johansson, despite the huge federal transfer of cash to farmers and ranchers. Farm bankruptcy rates, while low, are rising and so are indicators such as the debt-to-asset ratio, a measure of solvency, Johansson told USDA’s radio news service over the weekend. The USDA pegged net farm income, a measure of wealth, at $92.5 billion, up 10% from 2018, due to mammoth federal payments and higher-than-expected commodity prices. Income peaked at a record $123.7 billion in 2013, plunged to a low of $62.2 billion in 2016, and climbed ever since. Stable expenses allowed producers to hold on to revenue rather than pay higher bills...MORE
Posted by Frank DuBois at 10:43 AM

Email ThisBlogThis!Share to TwitterShare to FacebookShare to Pinterest
Labels: trade