EPA appeals board is unconstitutional without reform 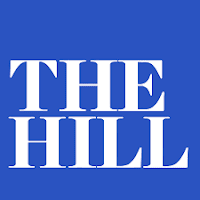 The idea that high government officials must be accountable to the people should be uncontroversial. Democratic accountability is a cardinal principle in a constitutional republic. Requiring government actors to be answerable to the people protects the public from arbitrary and tyrannical governance. In practice, this means significant government decisions, especially those that regulate private conduct, must be made only by elected officials or those who are accountable to the people in other clear and direct ways. Such accountability is an essential means by which the government retains the consent of the governed.
The Framers codified these principles throughout the Constitution, including in a pivotal provision called the Appointments Clause. The clause requires unelected federal officials who exercise significant government power to be appointed with particular democratic controls. Usually, that means these officials, called “Officers of the United States,” must be nominated by the president and confirmed by the Senate, though Congress may through statute permit less powerful, “inferior” officers to be appointed by the president, a court, or a head of a department. This system varies the degree of accountability with an officer’s power, but it always ensures that it is an officer, not just any government employee, who makes the final decisions that affect the public.
Unfortunately, these safeguards have been ignored in recent decades, enabling a growing regulatory state to bestow significant authority upon myriad unaccountable bureaucrats. This not only results in a less responsive government, but it also threatens to render unconstitutional many past government actions.
The Environmental Protection Agency (EPA) is a prime example. The agency’s exercise of discretion under various environmental statutes has weighty consequences, ranging from halting a development project to fining individuals as much as $75,000 per day for an alleged regulatory violation. Consistent with the Appointments Clause, Congress vested these responsibilities in the EPA administrator, who is nominated by the president and confirmed by the Senate. Voters could, in turn, hold the president and senators responsible for their choices.
Notwithstanding these constitutional and practical principles, Administrator William Reilly in 1992 abandoned a large portion of his statutory responsibilities. He unilaterally created an office within EPA called the Environmental Appeals Board (EAB), and charged it with deciding on his behalf all administrative appeals of permitting decisions and civil enforcement actions. Moreover, he made EAB decisions final in the vast majority of cases so that they cannot be appealed even to himself or future EPA administrators. This structure endures to this day.

Email ThisBlogThis!Share to TwitterShare to FacebookShare to Pinterest
Labels: EPA