Can Farming Make Space for Nature? 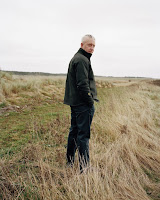 ...The United Kingdom is a farmed country. Almost seventy-five per cent of the land is given over to agriculture—compared with some forty-five per cent in the United States. After the privations of the Second World War, the country joined a continent-wide push to banish hunger from Europe. Between 1935 and 1998, aided by chemicals, subsidies, heavy machinery, and crop science, British farmers more or less tripled their per-acre yields of wheat, oats, and barley. Milk production doubled. The amount of chicken meat offered for sale increased by a factor of twenty-five. Traditional farming methods, such as the Norfolk rotation, fell away.
Many seminatural habitats were drained or plowed under. An estimated ninety-seven per cent of hay meadows were lost. Between 1990 and 2010, the area of crops treated with pesticides in the U.K. increased by fifty per cent. The environmental damage caused by Britain’s intensive agriculture has only recently been properly understood. In 2013, twenty-five nature organizations published the first “State of Nature” report. “Even the most casual of observers may have noticed that all is not well,” Sir David Attenborough wrote in the foreword.
Researchers studied more than three thousand species and found that sixty per cent were in decline. Modern farming has been a nightmare for the familiar creatures—mole, rat, toad, and badger—of the British landscape. The 2019 “State of Nature” report concluded, “Farmland birds have declined more severely than birds in any other habitat.” More than half have disappeared in the past fifty years. We have one turtledove where we used to have ten. Sixty-eight per cent of starlings have gone, along with a quarter of our moths. In 2014, scientists found that lots in the city of Leicester contained a third more organic carbon—a standard measure of soil fertility—than the surrounding farmland.
...For ecological and political reasons, British farming has reached a turning point. When the country became part of the European Economic Community, the forerunner of the European Union, it joined the bloc’s Common Agricultural Policy, one of the world’s largest farm-subsidy programs. The C.A.P. consumes sixty-five billion dollars a year, about forty per cent of the E.U.’s budget; for decades, it has been criticized for its perverse incentives and environmental impact. In 2016, the C.A.P. was among the bureaucratic monstrosities of the E.U. that helped drive the vote for Brexit. Leaving the bloc has led to the first reform of agricultural policy in almost fifty years. “It is a reset moment,” Minette Batters, the leader of the National Farmers Union, told me. Beginning next year, British farming will transition to a new system of support, which will be linked to “public goods,” such as water quality and biodiversity. “We’re reinventing quite a lot of things at once,” Tony Juniper, the chair of Natural England, a public conservation body, said. “It does feel up for grabs.”