States Can Reform Qualified Immunity on their Own 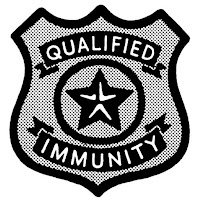 The death of George Floyd and resulting nationwide protests against police abuses have focused renewed attention on the legal doctrine of "qualified immunity," which all too often enables law enforcement officials to escape liability for egregious violations of constitutional rights. Unfortunately, the Supreme Court recently refused to take any cases that might overturn or limit the dubious doctrine it itself created. Congress could potentially abolish or limit qualified immunity by adopting new legislation curbing it. But Senate Republicans say that such a move would be a "poison pill" and it's not clear that GOP supporters of reform can gather enough votes to get it through this year.
The Supreme Court, Congress or both might yet revisit this issue in the future. But in the meantime, there is much that state governments can do without waiting for federal action. The vast majority of law enforcement operations—and law enforcement abuses—are conducted by state and local police. State governments can address their misdeeds without waiting for either the Supreme Court or Congress to act.
The state of Colorado recently passed a reform law that is a model of its kind, one that other states would do well to imitate. Jay Schweikert of the Cato Institute has a helpful description of the Colorado law and its advantages:


Colorado Governor Jared Polis has signed into law Senate Bill 20–217 ("SB-217"), otherwise known as the Law Enforcement Integrity and Accountability Act. SB-217 includes a range of major policing reforms… But perhaps most notably, the law ensures that police officers in Colorado will not be able to avoid liability for their misconduct due to the unlawful shield of qualified immunity.
While many are summarizing SB-217 as "ending qualified immunity" in Colorado, what the law formally does is permit individuals to bring claims against police officers who violate their constitutional rights under Colorado law. SB-217 is therefore a kind of "state analogue" to Section 1983, our main federal civil rights statute. Whereas Section 1983 creates a cause of action allowing individuals whose rights are violated under the federal Constitution to bring a lawsuit for damages in federal court, SB-217 allows individuals whose rights are violated under the state constitution to bring a lawsuit for damages in state court.
Colorado, like most states, has a bill of rights that largely mirrors the federal Constitution (and in some ways is even more protective) so this means that SB-217 will cover things like excessive force claims, unlawful arrests, etc. And most importantly, SB-217 specifically provides that "qualified immunity is not a defense to liability pursuant to this section." So, the law does not technically "eliminate qualified immunity," insofar as we're talking about the federal doctrine — if Coloradans bring Section 1983 claims in federal court, those claims will still be subject to qualified immunity. But the law does ensure, at least with respect to police officers, that Coloradans will have a robust alternative remedy to Section 1983 claims for violations of their constitutional rights.
Colorado is not the first state to enact a "state analogue" to Section 1983, but it is the first state to specifically negate the availability of qualified immunity as a defense through legislation. As it turns out, that clarification is crucial, because in nearly all of the other states that have passed similar laws, state courts have incorporated a similar or identical version of federal qualified immunity, even when the relevant statute says nothing about it.

As Schweikert points out, SB-217 doesn't technically eliminate qualified immunity as a defense to lawsuits charging violations of federal constitutional rights. But it effectively achieves the same goal by eliminating it as an obstacle to lawsuits under the state constitution, which provides much the same rights.


READ ENTIRE POST
Posted by Frank DuBois at 7:34 AM