There is little doubt the world is sinking deeper into chaos.

The revolution within the democratically controlled urban jungles is continuing to experience burning, looting, and killing nightly. The nocturnal creatures stoking those fires seem to be intent on reducing the value of local real estate.

The concrete and asphalt wildlands are not the only dangerous environs burning, though. The manmade conflagrations within the federally controlled rural wildlands also continue to burn around the clock. That is where the big-league infernos are consuming all organic material in their paths.

Both campaigns of destruction are shameful.

Both should be terminated in all haste. Both share a common genesis of idiocy. The former is pure hate and politics. The latter is pure mismanagement and politics. Both forms have become encapsulated in agenda aims, and both serve only to destroy our country.

The mornings of this past week were again early.

Feeding horses at 3:30 tends to moderate any inclination toward swagger. It’s dark in the hay barn, and pushing the feed cart, holding the pitchfork, and trying to navigate with the cell phone light becomes an exercise in multitasking. There is always relief walking back to the house and that promise of a waiting cup of coffee.

In the wake, is that timeless sound of horses at their own, first task of the day.

An hour and a half later, saddling is yet another reenactment of the past. In the case of these days, the horses are familiar and used to not just their surroundings, but the routine. Loading, too, follows a routine. Slow is smooth, and smooth is fast.

The drive to the ranch is mixed with thought and duties. Texting has become the early morning communication preference. Everybody has their own issues of preparing for the day and long conversations just tend to get in the way. A few words have become all that is wanted.

In fact, quiet allows the senses to grasp a much better picture of this life we call ranching.

The arrival at the headquarters was immediately followed by a walk to the tack room on the north side of the corral. Six horses were tied and being groomed. Each stood quietly.

The first rider to leave the rail was a little cowgirl. Leading a red roan she called Red Rider she peered out from under a hat that was nearly as big as she was. She was booted and spurred with her own batwings.

The second rider to finish saddling was a ten-year-old boy. He was dressed, similarly. His black hat had every indication of use. He went out thru the gate that from his approach had an overhead sign that read “you are entering Dona Ana County” (from the opposite approach it read “you are entering Luna County”). The fence line wasn’t quite on the county line, but it was close enough to make the point. His horse, a little blue roan gelding, was tied to the trailer to await the other horses. He walked back through the gate with his rope and began to rope a well-used dummy.

Red Rider and the little cowgirl continued to watch the proceedings patiently.

The next two cowboys to finish saddling were also kids but two and four years older than the second. Rather than leading their horses out, they retrieved their ropes and shook loops out to throw at the dummy.

When the other riders finished saddling, the little girl, leading her red roan, followed the troop and waited for her turn at the trailer gate. The horses were loaded in turn, the diesels restarted, and the two rigs started up the hill to turn left into the trap on County Road C001 for the three-mile drive to the old rock house we call Homestead.

The second truck in line ate dust like it was good.

The boys then all turned north to gather the north Massacre Basin. The girls and I went south to gather the James Basin and south Massacre drainage. The agreement was we would all meet with our drives at the Howard Pens. Further, whoever got there first was to turn on the water from the pipeline into the Howard storage. Lots of cattle would be concentrated there over the next several days.

Dust trailed each of the boys as they left in a high trot to spread out across the basin to the northeast. The mountain dividing the drainages, Massacre Peak, formed the bookend to the jump off as the south bound riders stirred their own dust.

The girls took the top end of the basin as Carter and I trotted south to start the cows seen from the drive up. These cows had held their flesh through yet another tough summer. They were big gentle red Angus that have stayed in this part of the pasture since we drove them there.

They didn’t see any need to leave, either. Carter and I were putting lots of pressure on them to keep their heads up and moving. It was then I saw her coming.

That little six-year-old girl, Abbie, had seen what was going on and she was coming in a high lope across a wide bottom to help me. She had Red Rider sailing like a songbird. She knew exactly what she was doing as we cleared the corner and brought our drive up the fence line to pick up more cows at James Trough and the drainages east from there. 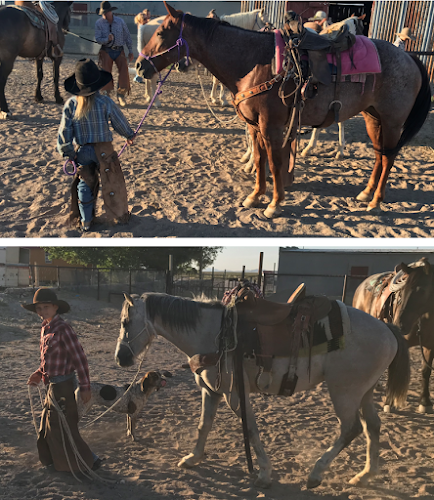 To be around ranch raised kids like this one … is a blessed gift from God.


Stephen L. Wilmeth is a rancher from southern New Mexico.