ɣes, let us return to that fateful year, 1941, when the Japanese attacked Pearl Harbor with the anticipated hope that the United States would cry uncle and sue for peace before the mighty beast of freedom reared its head to bite off the head of Japanese expansionism. But, first, a more pertinent intergenerational lesson was recorded in September of that same year, and three months before the surprise attack. It can be remembered as:

Ⱥ cook ort to run the chuck wagon, they say,

But there’s times that it doesn’t work out that a’ way.

This cook was a fixin’ and bakin’ his bread

Till this cow pony happened to swaller his head.

The hoss that’s a buckin’ don’t aim to be rode,

And the cow boy that’s on him don’t aim to be throwed.

And they don’t give a cuss how much stuff that they ruin.

The cook, he’s a runnin’. That doesn’t look game,

But he’s showin’ a heap of good sense just the same.

The best thing to do was to take to his heels,

Or git onder the wagon between the hind wheels.

It happed so sudden it scattered his thoughts,

And likewise his fryin’ pans, kittles and pots.

But he’s usin’ a proper idea all right.

That’s to be somewhere else when a buckin’ hoss lights.

And, Folks, if you are the least bit intuitive, there is a lot of sage advice in that Kiskaddon bit of western charm.

Bruce Kiskaddon has been considered to be the cowboy poet laureate of America by many people who understand and admire his descriptive western vernacular. Like so many famous cow patch characters who arose from the masses to be inscribed in cowboy culture gold, though, he was not a native son of the American West. He was born in Pennsylvania before moving west to become a cowboy.

There is a bit written about him, but his claim to fame ultimately centered around is departure from living a real western life, donning a monkey suit, and squatting on his heels by his elevator writing poetry while he waited for hotel guests. Stories about him and his little notepad and stubby pencil remained first-hand into the ‘80s. A close friend from San Ardo and that grand piece of California real estate known as the Peach Tree knew him well enough to disagree with my assessment that he must have longed to be on ranch somewhere rather than stuck in downtown Los Angeles.

“Naw!” Tom said emphatically. “He had everything he needed or wanted.”

He went on to explain he no longer had to face the heat of summer, the cold of winter, or the isolation of a line camp somewhere. He could go to the nearby stockyards and shoot the breeze and drink with the cowboys all the while making a steady living supplemented with the weekly income made by providing a stream of western rhymes to Union Stock Yards for their “Great Western Market” report.

“What you see or hear isn’t always the truth,” Tom Mee concluded.

A firsthand account from the steps of the capital this week was one of incredulity.

The vast majority of the people were there to display the only thing they had in their limited ability to defend their core beliefs. They thought their presence and their numbers alone would impact the conscience and the actions of officials charged with maintaining the integrity of this democratic republic.

Of course, they were wrong.

Everything backfired and their numbers became the grand liability the big bugs needed to craft the explosive narrative of sedition, tyranny, and insurrection. They didn’t even know the implications of their crime for simply being accounted for and present.

While they were still shucking and jiving with the police and taking selfies, the b’hoys and the G’hals of the underworld left were beginning their assault on the building. The outcome was the sudden willingness of every fair-weather camp cook in the chambers objecting to the storm to take to heels or git onder the wagon between the hind wheels.

Those summer warriors emerged wild eyed and swept squeaky clean of their original promise to protect against voter fraud. In the days that followed, one by one they came forward to register their disgust against the man that they had conditionally supported from his unlikely emergence to become the people’s president in 2016.

They never did understand him. Credit was never extended. Courtesy was never offered, and the play by assessments of his daily narrative were laced with poison and vitriol. Too few would ever understand the reliance of half the population on those words because they were the only unblemished, naked news available.

Indeed, he did not need to concede this week because … the GOP did on his behalf.

The likelihood of the truth being revealed will probably never take place.

Certainly, storming the halls of congress is a desecration of unexpected proportions, but, chances are, the great majority of those present would agree as well. The outcome, though, is a victory for the liberal agenda and the incoming administration.

The real losers are the pillars of the American model who have observed the feeding frenzy of chaos in this country for most of their lives. The promise to them for permanence of life, liberty, and the ownership of property was the Constitution, the palace guard of the ages.

In numbers of perspectives, the hallowed halls of congress have usurped the hallowed pathways of its original tenets and its cornerstone, the citizenry. We have been reminded ad nauseum of the immensity of the breach.

But, enough of that.

It is time to circle back to Kiskaddon and the last act of his epiphany. We are going to revisit the cook, the conservative summer warriors of congress, as they skedaddle from the path of the little pony as he pitches through that vestige of civilization, the campsite.

The heretofore unstated, but soon to emerge as the hero, the buckaroo, is intent on riding the hoss to a standstill. Let’s rejoin and remain alert as:

It happened so sudden it scattered his thoughts,

And likewise his fryin’ pans, kittles, and pots.

But he’s usin’ a proper idea all right.

That’s to be somewhere else … when (this) buckin’ hoss lights. 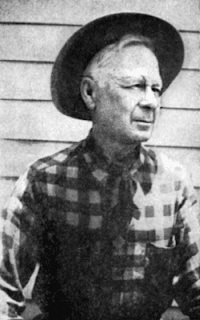 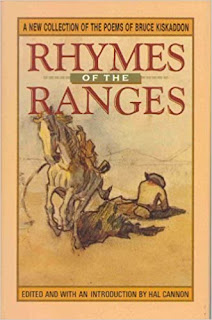