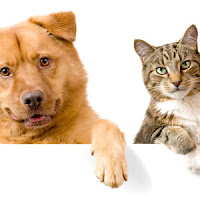 A radical assault is underway around the country with animal activists waging a war against animal ownership.

At issue are so-called animal advocacy bills debated over the last several years in numerous state legislatures across the U.S. that are masking a radical push to give animals the legal rights and privileges of humans. In Illinois, New Jersey, New York, Rhode Island, and Florida proposed laws would assign advocates or guardians for animals in the same manner as those appointed for children and people lacking legal capacity.

Although it may sound benevolent, if enacted into law these measures will have unprecedented legal ramifications while adding nothing to the animal welfare strictures already in place. What’s more, the laws stand to make everything from animal husbandry to owning a family pet fraught with legal uncertainty and financial risk.

At the core of these efforts are animal activists who see these laws as the first step in their bid to sever the bond between humans and their pets while also curtailing the use of other animals as part of the food supply. By turning animals into “legal beings,” they aim to begin the process of completely removing them from our care and protection.

Dr. Nancy Halpern, former New Jersey State Veterinarian and former director of the Garden State Department of Agriculture’s division of animal health, is heavily critical of the proposed law in her state. Her criticisms could easily apply across the board to the threat posed by any of the various measures around the country.

“If passed, this will drastically change the landscape of animal ownership across the spectrum from companion animals to animal agriculture and animal research, which has most recently been pivotal in the development of successful vaccines and treatments combatting COVID-19,” she said.