How Bourbon Rose from a Humble Grain to Embody American Exceptionalism 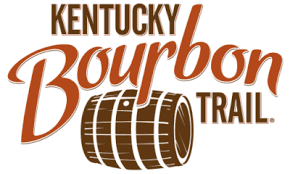 About 250 years ago, farmers looking for a way to make their surplus corn crop profitable decided to distill it. Today, that leftover grain has become a billion-dollar industry and a symbol of the Bluegrass State's identity, economy and culture.

"How bourbon came about is (what) ... the American spirit looks like: business, independence, freedom, a little bit of luck and a lot of perseverance," said Justin Thompson.

...Bourbon is concocted from a strict formula. "By law it has to be made with a minimum of 51% corn, aged in charred new oak barrels and stored at no more than 125 proof and bottled at no less than 80 proof," Thompson said.

But its sweet, rich flavor was actually born out of happenstance. In the early days, the best market for bourbon was on the East Coast, so farmers had to ship their barrels down the Mississippi to Louisiana then around Florida and up the coast. The trip took months but also allowed the whiskey to age beautifully.

"When merchants along the East Coast started marveling about this red whiskey with its unique flavor, that marked the beginning of the bourbon industry," said Thompson.