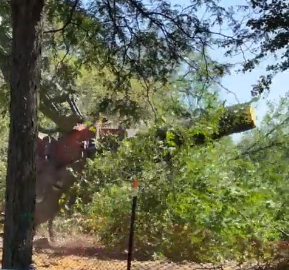 Without so much as a groundbreaking ceremony, heavy construction machinery has been brought in to rip from the ground about 800 old growth trees in order to make room on Chicago’s lakefront for a personal monument to the wonderfulness of Barack Hussein Obama. The so-called “Obama Presidential Center” is not a “presidential library.” It will not house any presidential papers for use by scholars, nor will it be controlled by the National Archives. Ownership and control will rest in the hands of the private Obama Foundation, whose board of directors is packed with Obama acolytes,..

Nonetheless, precious public parkland has been turned over to the foundation for construction of the private monument. The parkland in question was designed by Frederick Law Olmstead, the genius designer of New York’s Central Park and many other of America’s best-loved parks. His work on Jackson Park, where the Presidential Center is grabbing almost 20 acres, made it widely recognized as a “jewel of Chicago’s parks.”

While the sudden commencement of tree-ripping with no groundbreaking ceremony to mark the step can be attributed to fears of protest, it is still noticeable that none of the greenie fanaticism seen elsewhere to protect old growth trees has even been hinted at. When the University of California Berkeley attempted to improve its football stadium, protestors spent about 20 months living in the branches of a grove of oak trees next to the stadium to stop construction...MORE