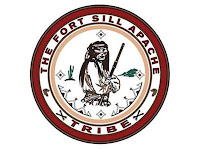 On a patch of land in southwest New Mexico, leaders of an Oklahoma tribe envision a future home.

For that to happen, the Fort Sill Apache need to rebuild an economic base in the same area where their ancestors lived until they became prisoners of war. But decades of legal challenges have impeded their plans. The tribe itself is behind the latest lawsuit, alleging its former lawyers overcharged hundreds of thousands of dollars during failed attempts to open a casino on the land.

The New Mexico land sits west of Las Cruces along Interstate 10, the state’s southernmost major highway where thousands of vehicles drive every day. The tribe plans soon to break ground on a convenience store there. Leaders hope some day to turn it into a truck stop that could become a job and economic hub.

The tribe bought 30 acres of land in Akela Flats, a small town between Las Cruces and Deming, in 1998. Three years later, the Bureau of Indian Affairs agreed to take the land into trust, a special status where the federal government holds title to the land for the benefit of tribes.

After a legal challenge, the BIA agreed in 2011 to formally recognize the land as a reservation. The tribe also has additional non-trust land in New Mexico and is in talks to acquire more land from the state. The tribe also has some land in Arizona.

“Little by little, we have been trying to get part of our ancestral lands back,” Gooday Ware said...MORE