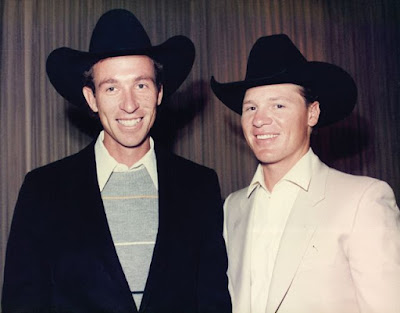 Jake Barnes and Clay Cooper at the 1985 NFR, where they won their first of seven world championships. Sue Rosoff Photo
There’s no such thing as a perfect person, cowboys included. As hard as we try to do the right thing and make our best decisions at life’s countless crossroads, we’re all human. Most mistakes and failures are mere stumbles, and so insignificant in the grand scheme of life that they are fast forgotten. Others stand out so much that even decades later they still feel fresh. They were big enough deals that we just never really got over them. Rodeo regrets are no different than any others that might make us remorseful. We polled an elite eight of some of the most respected ropers of all time to gather their reflections on moves they wish they hadn’t made.
𝗖𝗹𝗮𝘆 𝗢'𝗕𝗿𝗶𝗲𝗻 𝗖𝗼𝗼𝗽𝗲𝗿'𝘀 𝗥𝗼𝗱𝗲𝗼 𝗥𝗲𝗴𝗿𝗲𝘁
The only regret I really have when it comes to decisions I made rodeoing was how I bounced back and forth a lot. I was pretty impatient with my partners at times, mainly Jake. I quit roping with him four or five times, and roped with other people. In hindsight, I shouldn’t have done that. Jake always went on and did good. Of course he did. But there were times he’d be in-between horses, and I’d get impatient because I wanted to win right noow. Those were not good decisions on my part, and now it’s a regret.
Bless Jake’s heart, he’s such a trooper. He always came back and roped with me when by all rights he probably shouldn’t have. It all worked out, but Jake was the better man. He always forgave me. If I had it to do over again with the wisdom I have now, I should have stayed hooked. Jake was always going to get a better horse when he needed to, and Jake was always going to do whatever it took to win. That’s just Jake, and our chemistry was so good. We might have won another championship or two if I’d stayed more patient. But back then, it was all about today with me. I always looked at it like, “Today’s the day we need to feed our families” instead of looking at the big picture.
My impatience was a hole in me. On the other side of it, there was also a lot of good that came from my mistakes. I got to rope with some other guys, and I really enjoyed that. But Jake’s my best buddy. And to do him the way I did is a regret. I was all about winning when I should have been more patient. I should have stayed hooked with Jake, heck or high water.

Read more: https://bit.ly/RodeoRegrets
All this and more at Team Roping Journal