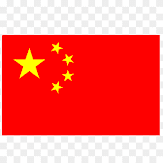 China’s population shrank last year for the first time since a devastating famine in the Mao era, in a clear sign that the country is facing a looming demographic crisis worsened by decades of coercive policy that limited most families to a single child.

The last time China’s population declined was in 1961, after three years of famine caused by Mao Zedong’s disastrous Great Leap Forward industrial policy, along with floods and drought...more