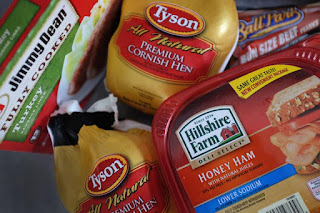 Over 10,000 Tyson Foods meat processing employees have contracted Covid-19 since the pandemic began, according to a study by the Food & Environment Reporting Network, which was released today as the company announced it would implement weekly Covid-19 testing at a number of plants.

At least 49,369 U.S. meatpacking, food processing and farmworkers have contracted Covid-19 since March, 10,104 of whom were meatpackers at Tyson foods, according to a July 30 report by the FERN.

“While the protective measures we’ve implemented in our facilities are working well, we remain vigilant about keeping our team members safe and are always evaluating ways to do more,” Donnie King, Tyson Foods group president and chief administrative officer said in the announcement.

Other meatpacking companies JBS and Smithfield Foods have 2,000-plus workers who have tested positive for Covid-19.

100,000. That’s roughly the number of Tyson Foods employees, according to CNN.

In April, Tyson said that “millions of pounds of meat” will disappear from grocery store shelves with closures of meat processing facilities due to Covid-19 outbreaks among workers. At that point, Tyson employees told CNN they were being pressured to come to work, though they did not feel working conditions were safe.

On April 16, Smithfield Foods’ meat processing plant in Sioux Falls, South Dakota became the largest Covid-19 hotspot in the U.S. with 735 Covid-19 cases among workers, according to Forbes.