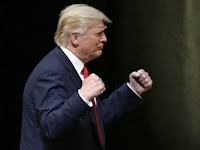 President Trump spoke to 300 state legislators from the battleground states of Arizona, Michigan, Wisconsin, Pennsylvania, and Georgia on Saturday in a Zoom conference call hosted by Got Freedom? in which the 501 (c) (4) non-profit election integrity watchdog group urged those lawmakers to review evidence that the election process in their states was unlawful and consider decertifying the results of the November 3 presidential election. President Trump addressed the call for 15 minutes at the invitation of former New York City Mayor Rudy Giuliani, who now serves as the president’s personal attorney, and was one of the featured speakers on the call. Other featured speakers included Chapman Law School Professor John Eastman, Dr. Peter Navarro, Assistant to the President for Trade and Manufacturing (appearing in his personal capacity), John Lott, Senior Advisor, U.S. Department of Justice (also appearing in his personal capacity), and Liberty University Law School Professor Phill Kline.
...A communication sent to participating state legislators after the call summarized Professor Eastman’s argument during the call about the specific “Constitutional imperatives” of state legislators.

State legislators, Eastman stated, have both the right and duty to: