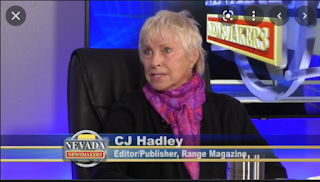 Dare to be Naïve!

Mainstream American journalism is managed by strongholds of thought masters.

The morning lines are remarkable only by their consistency of theme and the words used to paint the day’s headline. Reuters, the Associated Press, and the New York Times capture and craft the dominant bylines and disperse them through what must be considered the general order of the day.

What prevails is an adversarial system of journalism.

The words are colored and riddled for political purpose. Moreover, there is essentially no allegiance to what actually took place to create this model that became America. Our history is humanistic. What an individual does in his or her own defense when confronted with the challenge of life or death isn’t couched in an ethics conference nor should it immediately be judged. Responses are likely spontaneous. Of course, character has much influence over that spontaneity.

Character should also be a defining feature of interpretation. So should the absence of bias. The story of the West was seldom done with objectivity. It was too big. It was too complicated, and it certainly didn’t lend itself to committee action.

This idea of naiveté is interesting if and when it is applied to initial reactions or when it emerges from a civil or inquisitive place.

It is absent in most journalism because the political theme is always dominant. The subject is formed to fit a conclusion. There is no discovery of truth in the sense that maybe there are two sides of any discussion especially if it applies to our Constitution and the challenges Westerners faced in their efforts to carve lives out of true wilderness.

Buckminster Fuller’s description of the idea is yet more revealing.

It (naiveté) is one of our most exciting discoveries that local discovery leads to a complex of further discoveries.

Caroline Joy (CJ) Hadley will tell you that when she reached the shores of America, she was a bleeding-heart liberal. She found the urban centers of America to her liking and a natural path to opportunity.

She will confess to many things about her life, but what is best known is she escaped the iron and coal blue collar existence of Birmingham, England when she was 17 years old and went on to become one of great photojournalists of the world. She can name names and describe her tenure at places like Sports Illustrated and the Saturday Evening Post. She landed managing editor slots at Car & Driver, Auto Week, and PC Computing. A strong willed, capable woman her craft, charisma, and beauty opened many doors.

She will also digress and relate how a tuna boat experience left her gutted and then dumped on a dock in California. She did what only CJ would do and that was promptly hitch hike to Nevada, a place that would forever change her life. She had come home. A pack trip into the American Outback certainly had much to do with the metamorphosis.

The association with some ranchers and what can only be described as soldiers of free thought, Buckaroos, further sealed the deal. When she was asked to create a brochure to describe Great Basin Ranching in 1989, she was in love. It set in motion the next stage of her life that would become her true calling and life’s passion.

CJ became a major ambassador to the world for the American West. Knowing her now, I will suggest it was the genuine naiveté, the honesty of discovery without the subjugation of her association with professional journalism that was crucial. She saw this way of life in its purest form without the caveats of bias or politics. She discovered a way of life that more closely resembled American in its formative years. There was purity and harshness. There was sanctity and isolation. There was freedom. There was thrift. There was life and there was death. There was awe. There was desperation, but, always, there was the land. At once she was fascinated and protective. She was hooked.

In the process she became our champion, and she remains a force to be reckoned.

CJ Hadley has received a number of deserved awards.

None are more deserved, though, than the most recent, the Lifetime Achievement Award by the Will Rogers Medallion Awards. There is an official protocol leading up to the Lifetime Achievement level which requires three Rogers medallions over time, but the bottom line is the recipient must show an enduring respect for western history, values, and traditions similarly to how and what Mr. Rogers himself demonstrated over his lifetime and to a broad audience.

Having also known the youngest of the Rogers sons, Jimmy, I will suggest there is something else that epitomizes this award and Rogers’ people. There was a daring individualism that pervaded that crew of Westerners. Everything was met with a challenge of competition and humor, but there was always, always the protection of a way of life that cannot exist when managed through endless rules and regulations. Government bureaucracy and the magic of local discovery don’t exist as coequals. Jimmy projected that with a wicked wit, and it was all magnified in those big dancing eyes and booming melodic voice.

CJ, among all past recipients, demonstrates the same set of standards and character.

She constantly frets about the direction of our society. What we accept as the luck of the draw in our calling she rejects. Character matters. Honesty matters. Freedom of speech matters. Private property matters. The Constitution matters, and blind progressive allegiance is at once destructive and corrupt. There are worse things than death and certain things must be defended.

That is our friend CJ, and … the magnificence of her efforts may never again be witnessed in the West.

Stephen L. Wilmeth is a rancher from southern New Mexico (and an occasional contributor to Range Magazine).

We had previously published the info on CJ receiving the Will Rogers Lifetime Achievement Award. 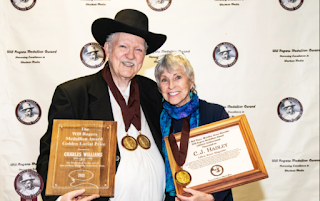 Wilmeth covers all the bases on this wonderful woman.

I have had the pleasure of meeting this lady and listening to her life story. You can't help but be impressed on all fronts, and Westerners are blessed to have CJ in our corner. 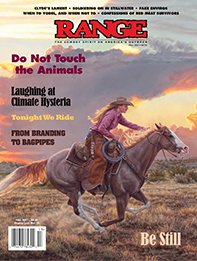