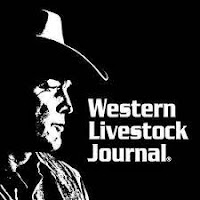 Looking back on a century of ranching in the West, one thread that runs unbroken throughout that history is a trend toward ever-increasing—and seemingly unending—environmental regulations. Possibly well intentioned, often costly and always burdensome, laws with acronyms such as NEPA, FLPMA, CWA and a host of others have become familiar to most ranchers over the past five decades. Among these laws, however, none have equaled the impact or unbridled reach of the Endangered Species Act (ESA).

Originally enacted in 1973, the ESA traces its roots to species preservation laws written in the late 1960s. While these earlier laws established the concept of listing species, the ESA expanded on this by broadening the authority of federal agencies to implement protective measures—including the designation of “critical habitat”—prevented these agencies from jeopardizing the survival of listed species and required they take action to protect imperiled species.

Also buried within the pages of the law was a section titled “citizen suits,” which states that any person or entity may bring a lawsuit in federal court against anyone they allege is violating the ESA, including the government itself. It is this section, perhaps more than any other, that has contributed to the ESA’s transformation into the regulatory juggernaut that it has become.

“I think that when Congress passed the ESA, they envisioned this would be about big, important species,” Wyoming attorney Karen Budd-Falen told WLJ. “There were 10 species that they were really worried about, and that’s what they were focused on.” According to Budd-Falen, who has recently returned to her practice following a two-year appointment with the Department of Interior, it was lawsuits, not legislation, that fundamentally altered the character of the ESA, shifting the focus from preservation to regulation.

“There wasn’t one definitive event,” Budd-Falen said. “The act itself was very simple. But every time there was a court case, the agency would make the documentation bigger and more difficult. Now, in my opinion, the ESA really is off the rails,” she added.